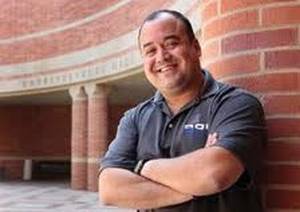 Alex Galicia, the President and CEO of BPI Plumbing, is a Certified Green Plumber with almost a lifetime of experience. He attributes his climb up the employment ladder to his family business and growing up in the industry.

In addition to running his own company, Alex participates in a variety of local organizations. He is a Candidate for the Otay Water District, Seat 1, 2014, sits on the Board of Directors for the Associated Builders and Contractors and the Elite SDVOB Network, a member of the Associated General Contractors and a Logistics Officer for the California Army National Guard.

His involvement in the community and industry does not go unnoticed; in 2013 Alex received the Veteran Owned Small Business of the Year award from the US Small Business Administration, San Diego and Imperial Counties. Additionally, Alex served 15 months in Iraq as a US Army Officer and returned home with 100% of his soldiers, which he claims is his proudest achievement.

Alex’s friends would describe him as a “foodie” and world traveler, which is rightfully validated as he is gearing up for a trip to Hong Kong for Labor Day Weekend this year! Most people don’t know this about Alex but he also had a 20 year airline career prior to returning to San Diego for his family’s business, which seems to come in handy as he classifies himself as a self-proclaimed internet travel agent for family and friends.

Welcome to BOMA San Diego, Alex! We are excited to have you on board.