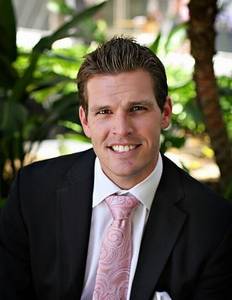 Jeffrey Niles is the CEO of Concierge Cleaning Services, which is a premier janitorial company located in San Diego that focuses on Class A commercial assets and provides service-focused and integrity-driven services. Jeffrey founded this company in 2013 after working for two large national janitorial firms. He was raised in the hospitality industry and his goal for his new company is to capture the essence of service, as he claims trends have shown that service has been replaced with lower costs over the past few years. Now that vacant spots are filling up with new tenants, he believes that property managers are now able to better focus on tenant retention and customer service. Part of that strategy, Jeffrey lists, is by aligning with vendors who take ownership of the assets while offering quality service. He claims it has become a natural fit!

As the CEO of Concierge Cleaning Services, everything Jeffrey does is in an effort to drive the company vision forward, which is to offer the most professional and responsive janitorial service to his clients on a daily basis. His employees are the company’s foundation, and he states that it is his job to support them and provide them with the training and tools they need to succeed.

Outside of BOMA San Diego, Jeff is highly involved in the Big Brothers Big Sisters program in Orange County. In 2007, he became a Big Brother with Big Brothers Big Sisters with the Orange County chapter, and was matched with an 13-year-old boy named Tyler whom he immediately connected with.  Jeffrey has been lucky enough to watch him grow into a confident young man who is following his dream of becoming a chef and currently attending Culinary Arts School.

Additionally, for the past four years, Jeffrey has joined Team BOMA and the American Lung Association in the Fight for Air Climb event. Serving on the Community Service Committee with BOMA San Diego for five years has been a rewarding experience and he has had the opportunity to chair sub-committees that have focused on providing clothing to the needy through the Dress for Success drives.

A few awards that Jeffrey has received are “13 Top Producer and President’s Club” and three “Six Figure Club” awards from Merinus Capital. He lists his proudest accomplishments as starting his own company and not passing out during the birth of his son this past month!

Surprisingly, Jeffrey was born in Las Vegas, Nevada, educated at Orange Coast College and relocated to San Diego five years ago. His friends would describe him as loyal, focused and dedicated, and he says that most people don’t know that he has a huge elephant collection that he started 20 years ago with a piece of non-poached ivory that friends and family have continued to grow into hundreds of pieces from all over the world!

Jeffrey met his fiancé, Diana Cuevas of Securitas, at BOMA’s Winter Gala in 2010 and started dating in 2011. He popped the question in New York in 2012 and have plans to get married later this year. They just welcomed their baby boy, Aston Win Niles, into their lives in mid-February and is forever deemed the “BOMA Baby”!
Recently, Jeffrey traveled to Puerto Vallarta for one of his best friend’s weddings and claims it was an “epic” trip, and basically an episode straight out of the show, Entourage! He recently took up crossfit as a new hobby, and loves watching his favorite teams, the Lakers and the Dallas Cowboys.