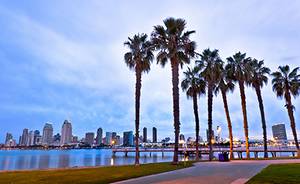 It was a tremendous year for BOMA San Diego’s Government Affairs Committee. There were unprecedented victories and all BOMA members deserve a huge THANK YOU for your continued support and active participation. BOMA’s ability to advocate on behalf of the commercial real estate industry, and influence legislation at the local and state level, is only possible because the membership is committed, passionate and dedicated.

Below are some of the key local and state issues BOMA tackled during 2014.  If you have any questions please contact Craig Benedetto at craigb@calstrat.com or James Lawson at jlawson@calstrat.com. We look forward to an equally successful 2015!

LINKAGE FEES – 2014 will be remembered as the “Year of the Linkage Fee.” While BOMA has fought back linkage fee increases for years, the San Diego City Council narrowly approved a massive increase on December 10, 2013. The estimated impact was $8-$10 million annually in increased linkage fees on commercial development. BOMA and the San Diego JOBS Coalition launched a referendum campaign that collected 53,000 signatures from San Diego voters urging the City Council to reverse its decision.

On March 4, the City Council voted unanimously to rescind its vote, and BOMA spent the next 4 months negotiating a compromise proposal that incrementally increased the linkage while also providing exemptions and regulatory reform. That proposal was adopted by the City Council on November 10 marking the culmination of BOMA’s effort.

A REVISED CLIMATE ACTION PLAN – BOMA challenged the City of San Diego’s Climate Action Plan because it contained a mandate that all commercial properties be retrofitted for energy and water efficiency upgrades at point of sale. Mayor Faulconer stripped the mandate and released a revised version that is more incentive driven and only requires commercial properties to disclose energy usage at point of sale. The Climate Action Plan remains a top priority for 2015 as it moves through the adoption process.

PURE WATER – BOMA supported the Pure Water San Diego Program. The program calls for 30% of drinking water coming from recycled water by 2030. Through BOMA’s partnership with the San Diego Water Reliability Coalition, BOMA has continually advocated for recycled water as a scientifically proven and safe way to diversify the region’s water supply.

LEGISLATION – In 2014, the California Legislature introduced more than 2,500 bills. Working in conjunction with the local associations and other business groups, BOMA CAL engaged on 479 pieces of legislation.

WAGE LIENS – After a long and hard fought battle, BOMA CAL successfully killed AB 2416 (Stone), a bill that was meant to pull BOMA member companies into labor disputes by creating a “wage lien” on private businesses.

PROP 13/SPLIT ROLL – There were several bills aimed at changing Prop. 13 and implementing a split roll property tax system. BOMA CAL participated in a number of hearings and scores of meetings with policymakers throughout the year. All indications point to split roll advocates pushing for a statewide proposition in 2016.

EV CHARGING STATION MANDATE – BOMA CAL helped re-write AB 2565 (Muratsuchi), a bill that initially mandated installation of EV charging stations in every commercial parking lot in the state. The final bill stripped that mandate and instead codifies rules by which tenants must meet when installing EV charging stations.

DIAPER BILLS – Believe it, or not, the Legislature considered several bills seeking to mandate how building operators deal with diapers (both adult and baby). The adult diaper bill, AB 2644, died in the Fiscal Committee, however a pair of bills mandating baby changing stations in virtually every bathroom were passed but then vetoed by Governor Brown.