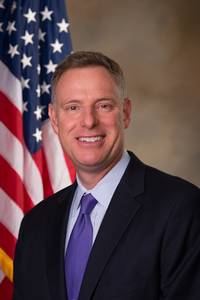 San Diego has long been a place for a diverse set of businesses to grow and prosper, and it is no wonder that those businesses, from biotechnology to cybersecurity and beyond, need commercial building space to accommodate their needs. I’m proud that BOMA San Diego is one of the most active chapters in the country. Their members – over 300 strong – play an important role in our economy by ensuring that our businesses have physical spaces from which to work, grow and power our regional economy. It is important that Congress continues to support policies that have spurred investment in commercial real estate to keep up with the increased demand in San Diego. That is why I recently cosponsored the Terrorism Risk Insurance Program Reauthorization Act (TRIA) in Congress. We need to pass this bipartisan bill to give our businesses the certainty to maintain their investments.

After 9/11, insurers and reinsurers drastically reduced offering coverage for terrorist attacks. This lack of coverage led to economic damage such as delayed real estate transactions. In response, Congress passed the Terrorism Risk Insurance Act of 2002 so that the Federal government would help manage the risk of a terrorist attack. The program was reauthorized again in 2005 and 2007, but TRIA is set to expire at the end of this year unless Congress passes a renewal.

I have been clear that the Federal government needs to be providing the American people with certainty, whether by ending the across-the-board sequester cuts, fixing the broken tax code, investing in basic science research, or in this case in terrorism risk insurance coverage. I have been a longtime advocate for giving innovators, entrepreneurs and businesses the certainty and incentives needed for them to invest in starting and expanding their ventures here in the United States. Lapses in coverage, tax credits, and funding disrupt and derail plans, some of which are years in the making. Lack of certainty creates a worrisome economic climate and brings inefficiency. If we want to continue our steady economic recovery, we have to remove uncertainties.

While we all hope that San Diego will never be the target of terrorism, our military density and strategic national importance put us at greater risk. We do need to provide the certainty in coverage that the private market would not otherwise offer. Since TRIA’s enactment in 2002, the terrorism risk insurance market has calmed, and policy prices are slowly decreasing. However, if TRIA is allowed to expire, we do not know what kind of disruption it will cause. Let’s call on Congress to renew TRIA today and to give our businesses what they deserve most – certainty.