Office Etiquette 1.0
The first of its series, Office Etiquette covers the unwritten rules in the workplace. Read on to find out more....
Wednesday, July 31, 2019
by: Written by David Osborn, CBRE Real Estate Manager
Section: Trends and Tips 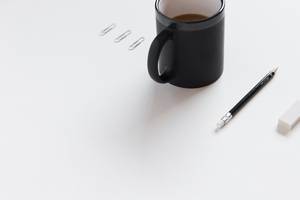 At one of our recent Communications Committee meetings (the members of which are responsible for various articles submitted to the Grand Exalted BOMA Newsletter Executive Committee), somebody made a comment that “Nobody works Friday afternoons anyway”. Now, the identity of this committee person shall remain anonymous to protect the integrity of their relationship with their company, but this single comment opened up a can of worms that warrants discussion.

There seems to be some unwritten rules of office etiquette of which I am unaware – the above, anonymous comment about Friday afternoons for starters. Although I’ll admit to kicking out perhaps several minutes early on a Friday or even starting my weekend by legitimately visiting a property last thing on a Friday on my way home, the idea that “Nobody works Friday afternoons anyway” – as if it is a well-documented although unspoken rule (wink wink nudge nudge know what I mean?) hit me by surprise. Am I the only unwitting fool (no comments please) who doesn’t regularly take off Friday afternoons? No wonder I can’t reach anybody during that period and have to resort to leaving a long voice mail message. Now I know better. Raise your hand if you participate in this “unwritten office etiquette”.

Another discussion topic for office etiquette includes the exclusion of certain food items from the office. While it has been rumored that an entire office building had been evacuated due to some rotting fruit found (or smelled) in an office lunchroom which apparently gave off a noxious odor, I could find no on-line evidence to back this up (not that this has kept me from using unconfirmed anecdotes before…). Further, apparently it’s a well-known fact that one does not re-heat fish in the lunchroom microwave oven. This columnist found out about this etiquette the hard way. I now have to meekly request permission when using the lunchroom microwave.

So there you have it. Feel free to take off at least the occasional Friday afternoon. Just don’t leave any rotting fruit behind on your way out.