BOMA San Diego received many applications for the Jack Mosghat Scholarship. This Scholarship is awarded to two deserving principal members who have a desire to pursue and expand their career in commercial real estate. Each awardee will receive funds to take one RPA, FMA or SMA professional designation course.

Nicole is an assistant property manager and has been a BOMA member for one year. She currently participates on the Emerging Leaders committee and acts as the secretary for the Programs & Seminars committee. She first became active in BOMA after receiving the Membership Scholarship award. Nicole said, “I was lucky enough to know an amazing group of BOMA vendors that encouraged me to apply for the membership scholarship and get my foot in the door with BOMA. My first year with BOMA has been an extraordinary one and every event I attend I’m always learning or meeting someone new! BOMA has given me an amazing combination of resource, knowledge and networking with other companies. I am honored to receive this year’s Jack Moshgat award and I am excited to begin my journey to receive my RPA certification.”

Gabriela, better known to us as Gabi, is a property manager for Unire Real Estate Group and has been a BOMA member for the past 5 years. Since the beginning, Gabi has devoted time to help BOMA San Diego at both the member level and at the leadership level. Gabi is currently on the BOMA San Diego Board of Directors as a Member-at-Large, and has participated on several committees over the years since becoming a member – notably serving as chairperson for the TOBY and EER committees and vice-chair of the Membership committee in past years. She also played an active role in the BOMA PAC Fundraising and Welcome Party committee in 2013 when BOMA San Diego hosted the BOMA International Conference. Gabi also earned the Rising Star award during her first year, an honor given to one deserving BOMA member who made a significant contribution to the Organization during their first year of membership. To add one more ‘also’ to this list of accomplishments, Gabi was also named Principal of the Year in 2013 and Chairperson of the Year in 2014.
Congratulations to both Nicole and Gabi for your dedication to BOMA San Diego and good luck to you both as you continue to build your career in our industry. 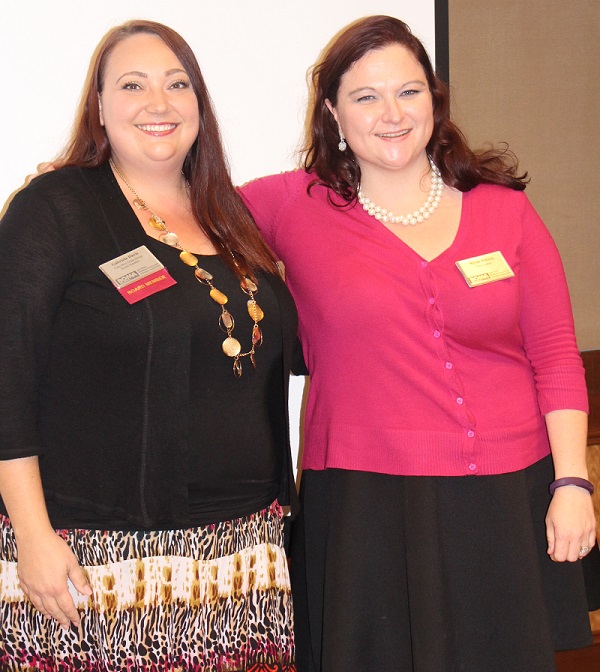 “Jack Moshgat was a former Navy submarine commander who, upon retiring from the military, went into the property management field. He had a gruff, no-nonsense exterior; but, at heart, he was a generous and genuinely nice man. He worked for Tishman West for a number of years (at the time they were one of the largest management firms on the West Coast) and was the original manager of Columbia Center.  Jack was active in BOMA San Diego for many years and was President in 1987. He was a mentor and friend to many BOMA members in the 1980s and early-1990s, hence the decision to award the scholarship in his name.” (information found on the BOMA San Diego website)


Back to June Articles