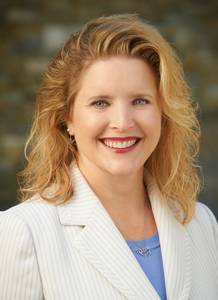 WHAT A DIFFERENCE A YEAR MAKES! First, Kevin Faulconer is elected Mayor and then the San Diego City Council unanimously rescinds their decision to tax jobs creation to pay for affordable housing!

BOMA SAN DIEGO IS WORKING FOR YOU! As you know, BOMA San Diego has been helping lead the fight against the City of San Diego's increase in the linkage fee, which we call the jobs tax. As a part of the JOBS Coalition, we helped fund the successful collection of approximately 53,000 signatures to force the Council to either rescind their decision to dramatically increase this tax on jobs creation or put the matter on the ballot for the voters to decide.

I am proud to report that the Council, at their hearing in early March, unanimously voted to rescind their previous approval to increase the jobs tax. There are many groups who helped in this successful effort, but I'd like to commend you - our membership - for your efforts to communicate the very real negative impacts of this tax on our economy and our Board of Directors and BOMA International for helping fund the effort. We owe a huge thank you to our legislative advocates Craig Benedetto and James Lawson of California Strategies for their efforts in this endeavor as well. They worked diligently, even through the holidays, to make sure your voice was heard.

This is only one more victory in this battle and there is much left to do. The Council's motion was to ask the parties, specifically our members, to bring back alternatives and report back to the Council in 90 days. This is what we suggested was the right approach originally and those discussions have already commenced. Our organization is helping take the lead in these negotiations to bring meaningful solutions that do not come at the expense of the economy to the housing affordability discussion.

We will be communicating with the membership on these efforts, but I wanted to take this opportunity to congratulate all of you and thank you for your efforts. It was a true team victory and a big win not just for our organization, but for the economy and people of San Diego as well.

SAN DIEGANS ELECT A NEW MAYOR! I also want to take a moment to congratulate San Diego’s new mayor Kevin Faulconer! His victory helps restore integrity and dignity to the office of Mayor, and, more importantly, a fair and balanced voice for all of our communities. We are very excited by his election and look forward to his leadership at City Hall!