Last month the BOMA Government Affairs Committee hosted Halla Razak, the City of San Diego’s Public Utilities Department Director, for an informational update on the City’s Pure Water program and the future of sustainable utilities in the City of San Diego. The Department's goals remain focused on water independence and sustainability by recycling and reusing water, producing renewal energy through cogeneration and a bio-solids facility expansion, and reducing water use and ocean discharge through continued education.

When Pure Water is complete 1/3 of our water supply will be locally produced and 40 megawatts of energy will be produced by the expansion of the cogeneration and bio-solids facility, enough to power to supply energy to 29,600 homes! A 34% per person reduction in water use and an astounding 68% ocean discharge reduction are also anticipated. Pure Water is a truly remarkable project all San Diegans can be proud of. 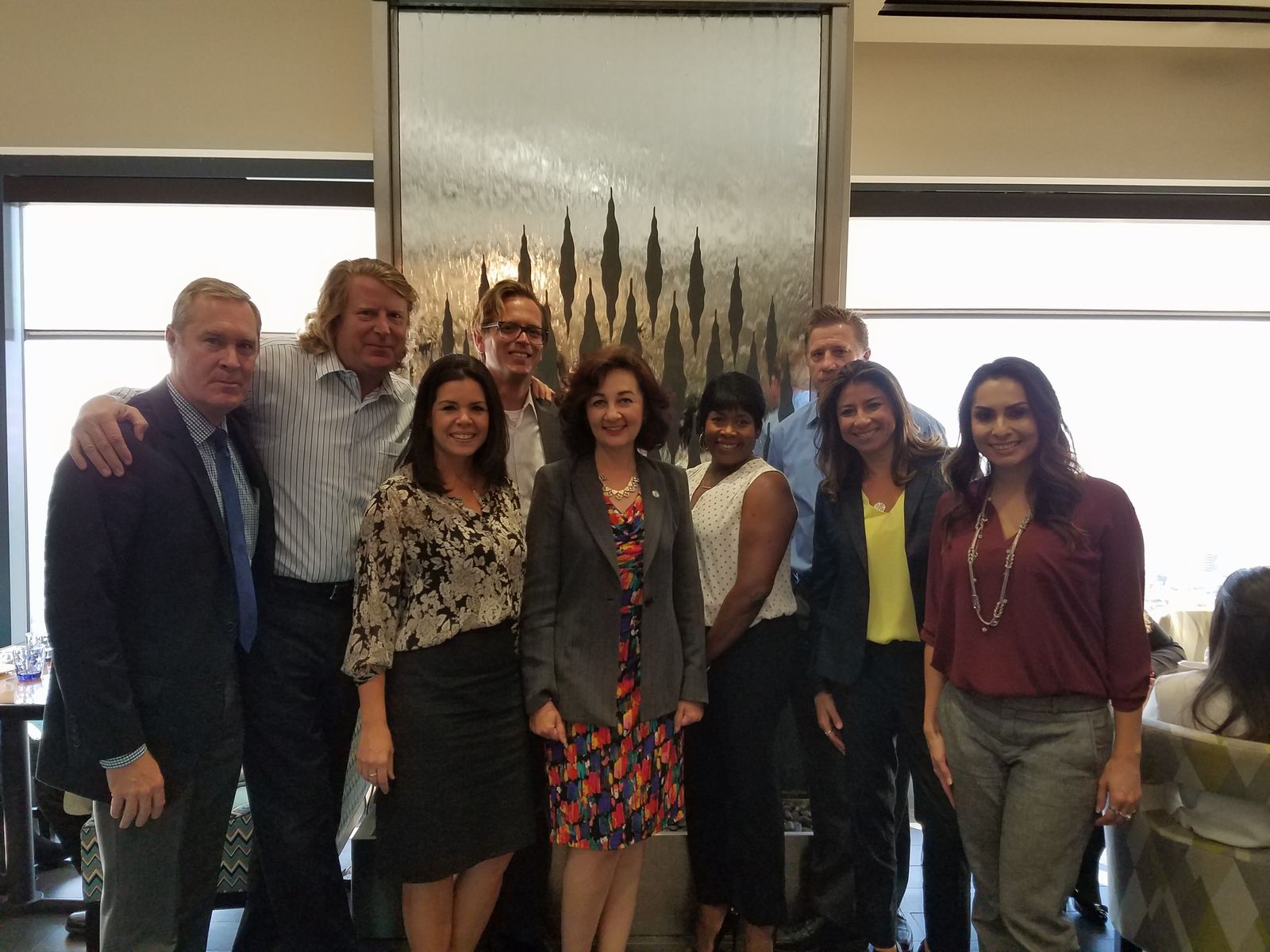 The 2016 General Election was nothing if not memorable! In addition to the Presidential and Federal contests, local voters were faced with one of the longest ballots in recent history. The BOMA Government Affairs Committee closely followed many of the measures that would have a direct impact on the Commercial Real Estate and business communities in San Diego.  As of the writing of this article, the San Diego County Registrar of Voters has nearly 400,000 ballots left to count, but we do not anticipate that those outstanding votes will have any impact the outcome of the measures below.

PASSED - Proposition 54 – Legislative Review Process
Prohibits Legislature from passing any bill unless it has been in print and published on the internet for at least 72 hours before the vote, except in cases of public emergency. Requires the Legislature to make audiovisual recordings of all its proceedings, except closed session proceedings, and post them on the internet. Authorizes any person to record legislative proceedings by audio or video means, except closed session proceedings.
Supported by: BOMA Cal, CBPA, California Chamber of Commerce and San Diego Regional Chamber

PASSED - Proposition 57 – Felons convicted of non-violent crimes and juvenile trials
Allows parole consideration for persons convicted of nonviolent felonies upon completion of full prison term for primary offense, as defined. Authorizes Department of Corrections and Rehabilitation to award sentence credits for rehabilitation, good behavior, or educational achievements. Requires Department of Corrections and Rehabilitation to adopt regulations to implement new parole and sentence credit provisions and certify they enhance public safety. Provides juvenile court judges shall make determination, upon prosecutor motion, whether juveniles’ age 14 and older should be prosecuted and sentenced as adults.
Opposed by: BOMA Cal

PASSED - Proposition K – Candidate Elections, Mandatory Runoffs
This measure would eliminate the provision that a candidate can win office with a majority of votes in June primaries. This measure would require a November runoff for all elections for Mayor, Council, and City Attorney between the top two vote earners, regardless of one candidate receiving more than 50% of the primary vote.
Opposed by: BIA, San Diego Regional Chamber

PASSED - Proposition M – Article 34 San Diego Housing Commission Capacity Authority
If approved, this measure will increase the capacity for the SDHC to acquire, construct, or develop low-rent housing with the assistance of government financing from 10,500 (current capacity) to 38,000 units. This measure does not include a tax increase or financing mechanism.
Supported by: BOMA San Diego, BIA, San Diego Regional Chamber and the San Diego County Taxpayers Association