Unanimous consensus on the highlight of the trip was the public shout-out from Congressman Scott Peters to BOMA San Diego during his keynote speech. We hope you will join us next year! 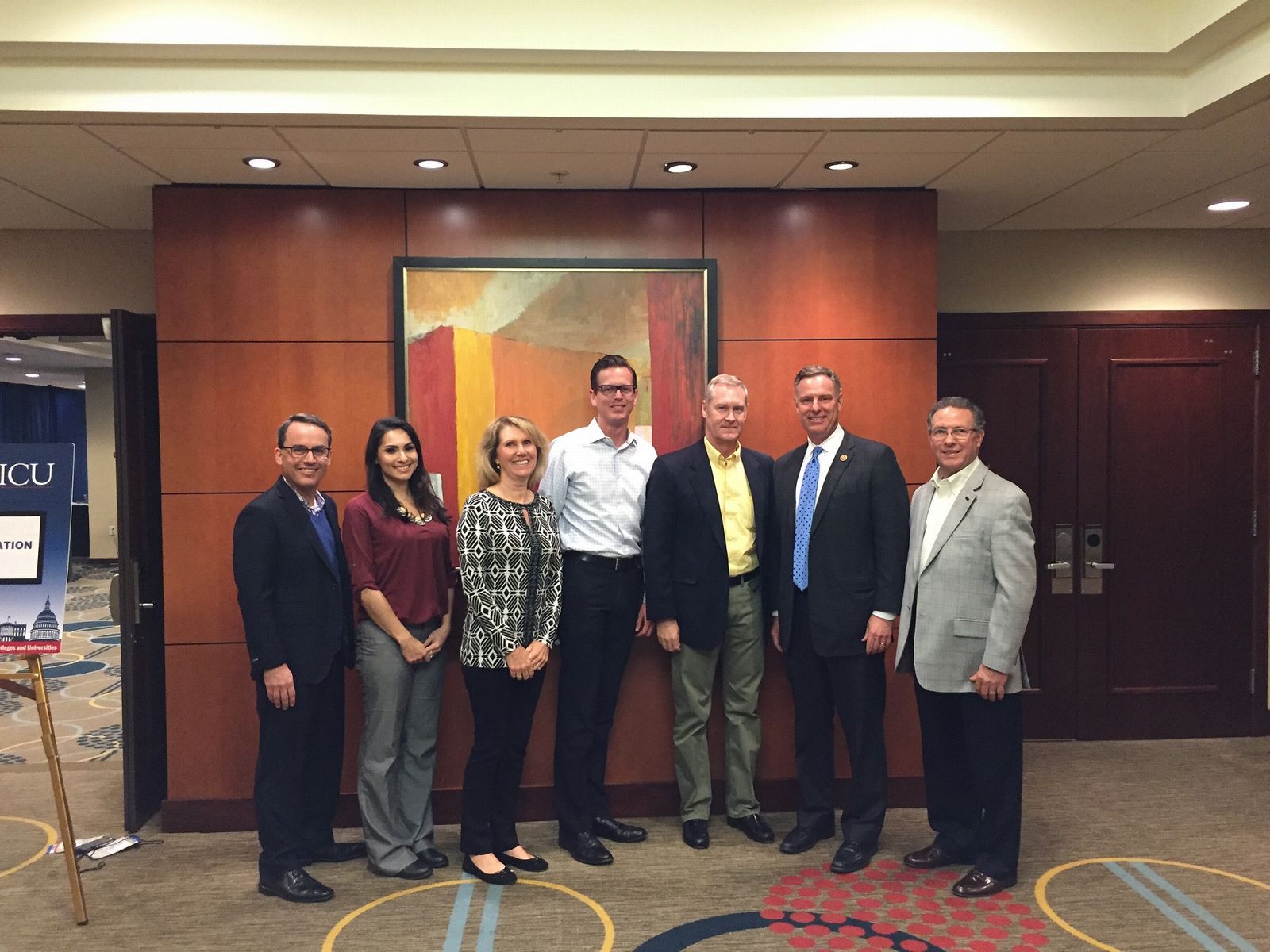 This week, the Government Affairs Committee had the pleasure of hosting City of San Diego’s new Fire Chief Brian Fennessy and Councilmember Marti Emerald as their guest speakers. 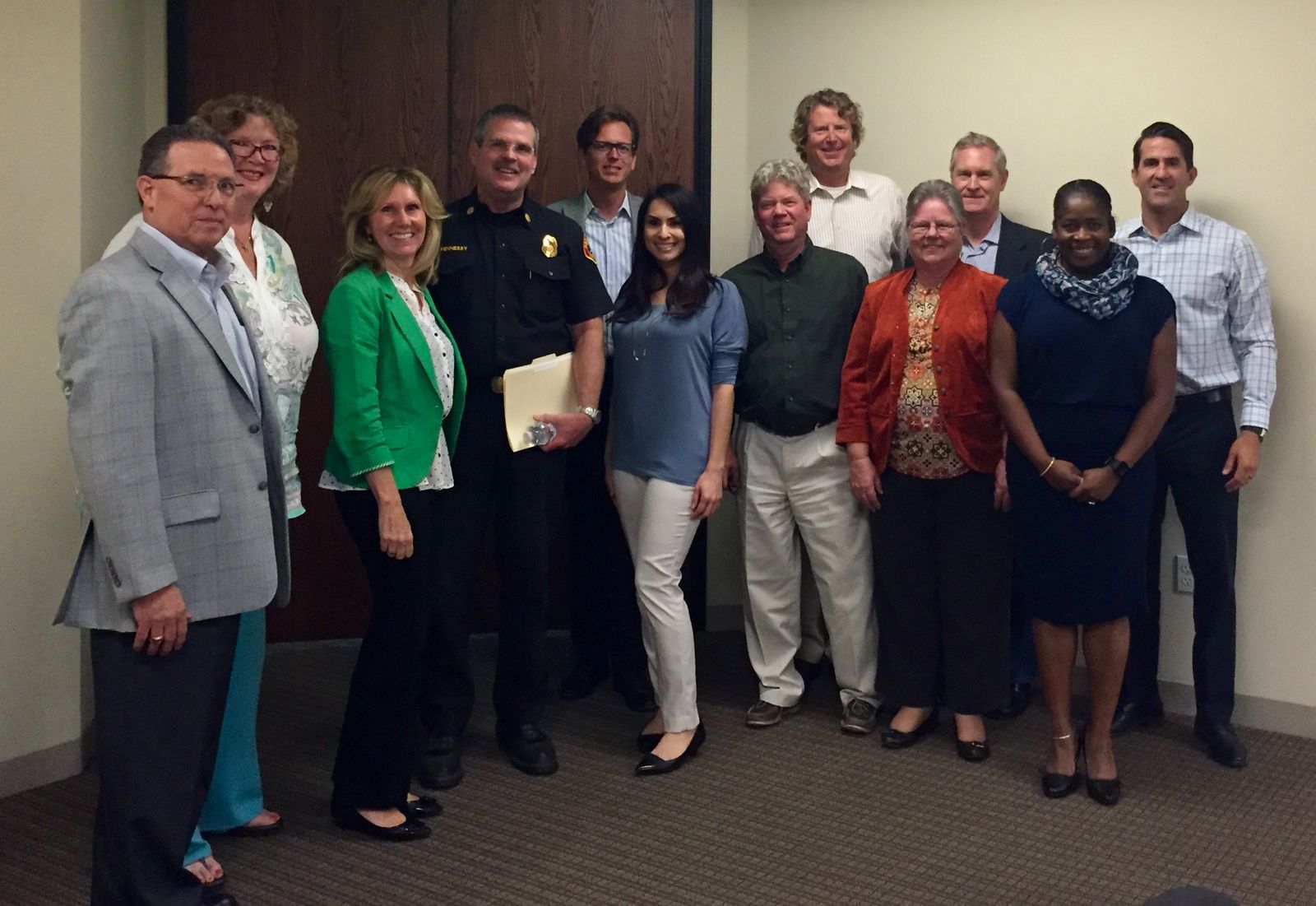 Chief Brian Fennessy joined the San Diego Fire-Rescue Department as a fire fighter in 1990, and progressed through the ranks of the Department. He became the Assistant Chief of Support Services in 2009.   As the Assistant Chief, Mr. Fennessy was responsible for the logistics areas of the Department for all Fire, Emergency Medical and Lifeguard Services.  In 2012, he was named Assistant Chief of Emergency Operations and led and managed the largest divisions within the Department. This command includes all 48 fire stations, the Emergency Medical Services Division, the Special Operations Division, and the Lifeguard Division.   Prior to joining the San Diego Fire-Rescue Department, the Chief served as a wildland firefighter and crew supervisor for thirteen years. As a firefighter, Chief Fennessy traveled throughout the United States battling wildfires from the air and ground leading, managing, and supervising hotshot crews, engine crews and helicopter crews.   Brian Fennessy was sworn in as Chief of the San Diego Fire-Rescue Department in November of 2015.  As Chief, he directs a department of more than 1200 firefighters, lifeguards, paramedics, emergency medical technicians and civilian personnel.   Chief Fennessy was pleased to report to the Committee that the Department continues to hire new firefighters, while expanding and adding programs. He credits the support of Mayor Kevin Faulconer and the City Council for the Department’s ability to continue heavy investment in personnel.   Councilmember Emerald presented information on the Fire Service Standards of Response Coverage Deployment Study; also know as the “Citygate Report” and the potential for a November 2016 ballot measure to fund new firehouses within the city. Stay tuned next month for additional information on the initiative!

There are many initiatives currently qualified and being circulated for the ballot. The Government Affairs Committee has been following these three, particularly noteworthy measures.

Collis Initiative: Proponents of a proposal to change Proposition 13 in a manner that would allow the doubling of state property tax have halted their signature gathering efforts. Conway Collis, former BOE member and namesake of the initiative stated, “The 2016 ballot has become too crowded with too many revenue raising measures on it. Consequently, it makes sense to qualify early for a later ballot.” It is believed, however that the abandonment of the proposition was due to an amalgamation of factors including a strong showing of opposition by the business community, and pressure from other powerful groups who have tax increase measures on the ballot to clear the field.

It should be noted that this is the second property tax initiative that was initially planned for the 2016 ballot to have been dropped, with split roll being abandoned after Governor Brown expressed serious concerns.

Facilities Bond Act of 2016: The “Kindergarten Through Community College Public Education Facilities Bond Act of 2016,” a $9 billion state school facilities bond will appear on the November 2016 ballot. The proceeds from the bond sales would be housed in a 2016 State School Facilities Fund and a 2016 California Community College Capital Outlay Bond Fund and allocated in the following manner; $3 billion construction of new schools, $500 million for charter school facilities, $3 billion in school modernization funds, $500 million for career technical education programs, and $2 billion for acquiring, constructing, renovating and equipping community college facilities. The California Building Industry Association and BOMA Cal are both in strong support of this measure. Opposition includes Governor Jerry Brown who believes this measure will promote sprawl and “squanders money that would be far better spent in low-income communities.”

Cortopassi “No Blank Checks” Initiative: Currently, bonds paid for out of state revenue are not required for voter approval. This measure will mandate any infrastructure bond totaling more than $2 billion, that also requires new or increased taxes or fees to be placed on the ballot for voter approval. It also requires that legislatively approved projects, in addition to previously approved projects, if the bond amount is in excess of $2 billion, to be presented on a statewide ballot for voter approval. Passage of this measure could reduce and significantly delay large-scale infrastructure projects funded by revenue bonds. Opponents of this measure include Governor Jerry Brown, the California Chamber of Commerce, and the State Building and Construction Trades Council.

If you have any questions or would like additional information, please contact Craig Benedetto, craigb@calstrat.com or Julianna Chick, jchick@calstrat.com via email or at (619) 546-7451.


Back To April Articles