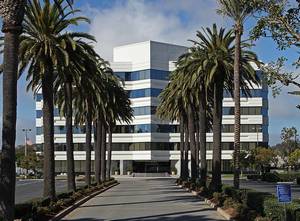 CBRE’s Nobel Executive Center has been designated a BOMA 360 Performance Building and is now among an elite group of properties that have demonstrated that their buildings are managed to the highest of standards of excellence.

Constructed in 1987 on 4.22 acres at Nobel Drive and I-5, Nobel Executive Center is located in University Towne Center and is situated in the heart of the Golden Triangle, one of San Diego’s most esteemed business districts bound by I-5, I-805, and SR-52.

With immediate access to the major transportation arterials serving San Diego, Nobel Executive Center is within close proximity to the ocean, minutes from the downtown business district, and benefits from abundant shopping opportunities and world-class educational and research facilities, such as UCSD.

Nobel Executive Center is owned by Property Reserve, Inc. with management and leasing provided by CBRE, Inc. who coordinated recent improvements and upgrades to the HVAC controls, lighting controls, security access systems, modernization of elevators and corridors, and the remodel of the first floor corridor.

As a result, the building earned the ENERGY STAR designation from the U.S. Environmental Protection Agency (EPA) with a score of 83.

Congratulations to the CBRE team on their incredible accomplishment!