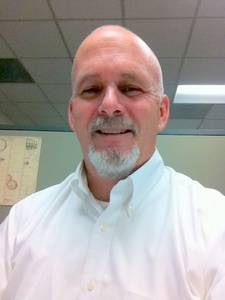 Although I don’t think it particularly witty or entertaining (“None of your articles are, Dave” I hear you say), the ever-insightful members of the Communications Committee thought a recent experience would somehow be beneficial to our beloved members and readers of this fine blog. I dare not take their recommendation lightly.

Earlier this month, I realized that one of the properties in my portfolio had had some weekend visitors who did not behave themselves and absconded with some of the brass plumbing fixtures on said property; namely two Backflow Prevention Devices (BPDs), two pressure regulators and one water meter. The stolen goods were several pounds of material which I’m sure became “brass soup” within a few hours.

Thankfully, there were no water-dependent tenants in either of the two affected buildings of the six-building complex. If there was anything good to come of this situation, it was that “neighbor got to know neighbor” as restrooms which were still usable were made available to the occupants of those buildings which did not have functioning facilities. I doubt that any long-term relationships were established, but it’s nice to know that a neighbor is there for you in your time of, um, need.

Thankfully, a couple of vendors (neither of which are BOMA members and thus shall remain anonymous although I’m sure that they will both reconsider once they realize the free publicity they would have received here) jumped into action and by the end of the next day, water was restored and a protective cage was in place, daring anyone to tamper with it. While this was going on, I was also shopping for protective cages for the remaining five BPDs (a total of seven at this property…). Although costly to consider, our strong advice to our client was that we should immediately invest in protecting the remaining BPDs and consider the expense merely a “premium” for an “insurance policy” against future loss. We figured that the price of the additional protective cages would roughly equal the replacement cost for two more BPDs, thus justifying the expense.

As I shopped for the other protective cages, I realized that this sort of thing typically was not an off-the-shelf item and that it might take several weeks to fabricate and install. Fearing that the misbehaving visitors might return during the then upcoming long Presidents’ Day weekend, I considered hiring out my imposing American Mastiff mixed-breed dog to act as security at the property for the weekend. This plan had two flaws: 1) my imposing American Mastiff mixed-breed sleeps twenty hours a day and rests the other four; and 2) a thrown tennis ball is an instant distraction, and thrower of said tennis ball is an instant friend.

Fortunately, I had another wonderful vendor who actually had several BPD protective cages in stock and, after providing an equally wonderful price, made arrangements for getting these installed before the week’s end. The Friday morning before the long holiday weekend and with all seven BPDs accounted for, I stood admiring both vendors’ handiwork. The adjacent property owner walked by and commented that not only had two of his BPDs been stolen over the previous weekend, but that the thieves had also returned the night before and made off with a third BPD. Our “insurance policy” had paid off! I will be forever grateful to my two quick-responding vendors who pulled out all the stops to ensure that my property was protected.

From the property manager’s perspective, we momentarily struggled with the recommendation to our client of making a relatively large expense by installing cages in the hopes of preventing the need for an even larger expense of replacing stolen BPDs in the future. After hearing the property owner’s misfortunes above, we were satisfied that we had made the right decision.

As a follow up, while taking a lunch-time walk near our office building recently, I noticed that of the eight caged BPDs that I came across, a full five of them could be compromised: three had locking hinged lids with no padlocks, and the other two had bases that were rusted so badly that the cages could be easily lifted off. Two Takeaways: 1) Put on your “thief’s glasses” for a moment, see what areas of your property might be easily compromised and make corrections; and 2) Always treat your vendors well so that when you need them to jump for you, they respond quickly.

Candy or a sour pickle: davido@meissnerjacquet.com